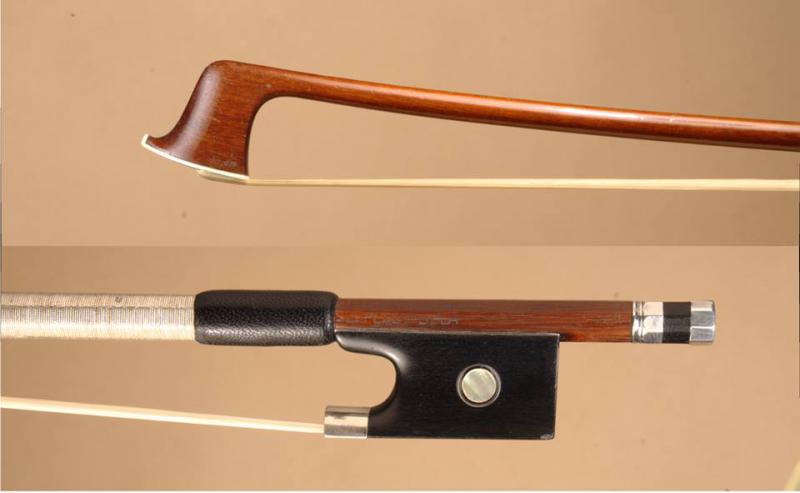 This bow was stamped by Béla Szepessy from around 1880. I know only two bows stamped by him, they are definitely the works of the same master. They show the marks of the German school, they are ripe, mature and tasteful stylish works of art representing the best quality of bow making of the age.
It was common practice that violin making masters bought bows and later stamped them with their own stamp just like Pál Pilát did. However, we can see from the quality of the Szepessy bows that they were of the same standard as the works of German masters of the period, nonetheless they do not resemble any of them. Szepessy had the chance to study bow making while working as an apprentice in the Nemessányi workshop for three years together with Carl Hermann Voight. Voight was an accomplished bow maker who came to the Nemessányi workshop to learn violin making. I cannot prove undoubtedly that Szepessy made the bows with his stamp on them, but I would say that these bows are his works. 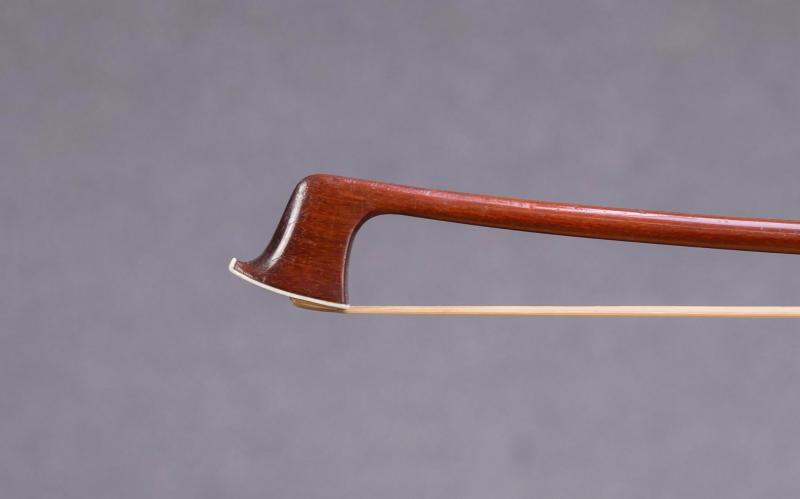 The archings of the head are harmonically rounded, the head-plate is proportionately curved upward, the nose is relatively short. The chamfer seen from sideview starts significantly narrow from the head-plate then widens elegantly at the head and stick transition. 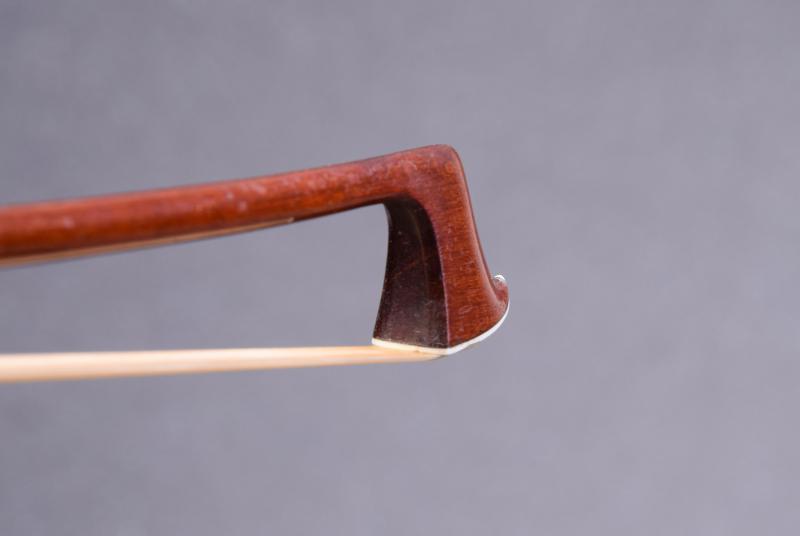 From the backview we can see the chamfers bent strongly inwards, but actually they are of normal width. 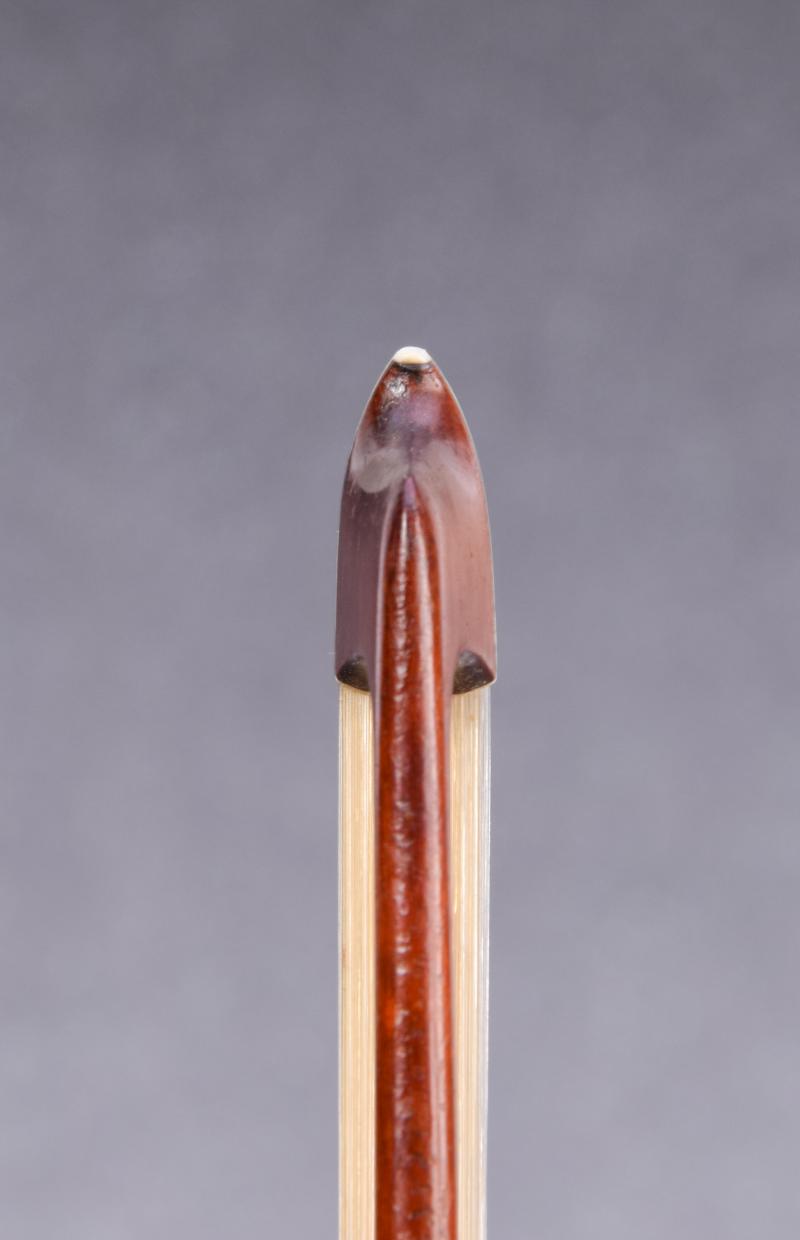 We can see from the topview the extremely high standard of craftsmanship.

The base of the underslide is rather wide, the lower part of the heel is square shaped, the slide is slightly cone-shaped. The frog sides are nicely arched. 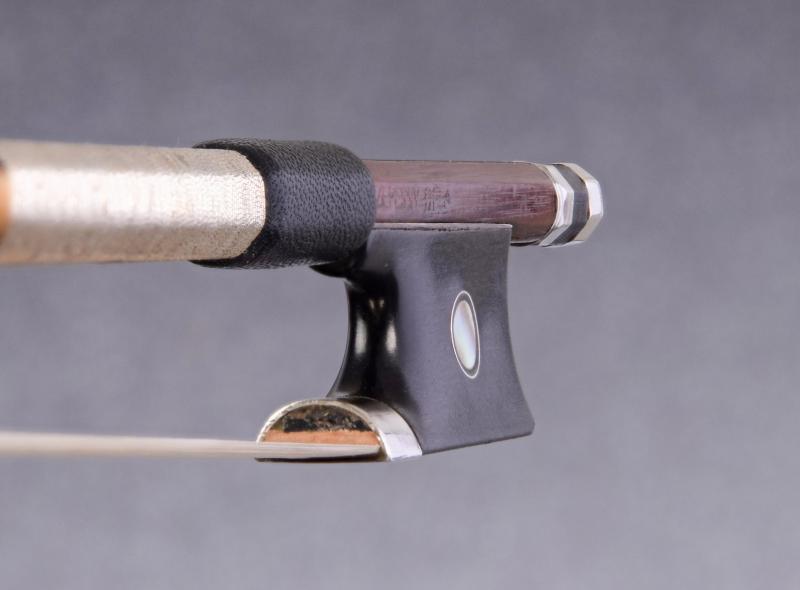 The low, harmonically bent ferrule gives an overall elegant effect. We can see a neatly finished surface on the inner parts of the throat.

The underslide is fixed with two iron screws. 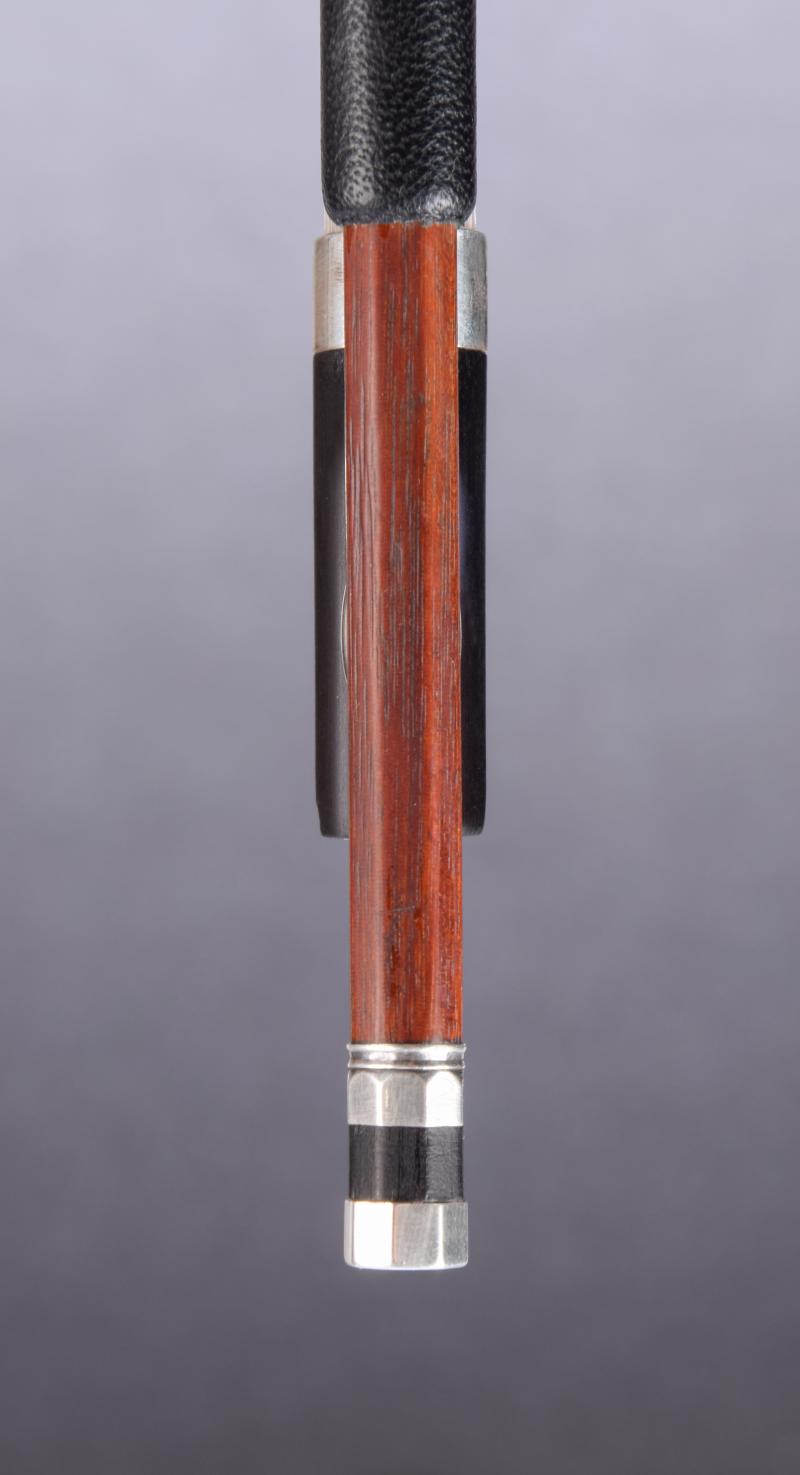 The frog is visibly narrowing backwards. 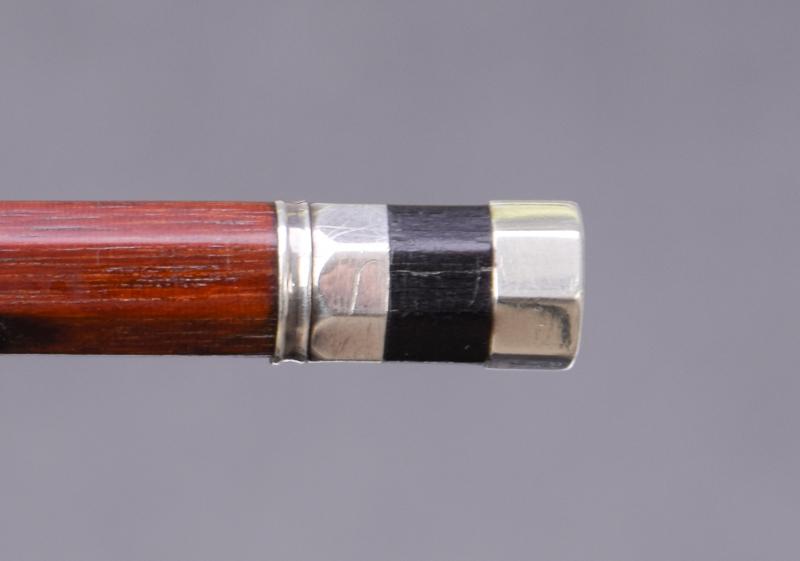 We can see a very special chamfer on the adjuster — I haven’t seen a shape like this on other masters’ works.