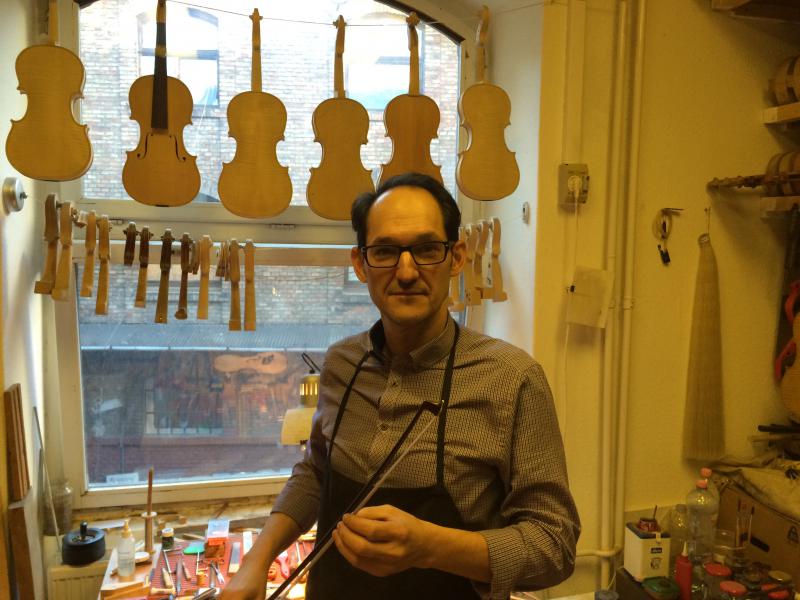 I visited Károly Gáspár in his workshop in Budapest to make the interview for his biography and he told me that violinmaker István Schneider also made bows.

1960 – Started working for HANGSZÖV in Budapest as a trained worker. Also studied brass instrument making from János Gruber then.

1972 – Gained his master’s certificate of violin making in the workshop of Pál Sáránszky.

1974 – Opened his own workshop where he only focused on stringed and plucked musical instruments.